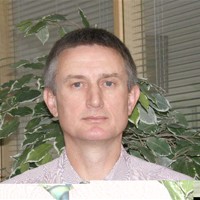 Kent LMC with our customary efficiency and timeliness succeeded in organising our annual GPC roadshow meeting to occur 24hrs after the contract changes for 17/18 were announced and to book the chairman himself to discuss it with us.

Many of the audience commented at question time on the fact that this was the most positive roadshow for several years. This was in part due to Chaand’s ability to be a glass half-full man and partly due to the GPC’s success in following up on the LMC conference call for stability.

The removal of the avoidable admissions enhanced service with the money being recycled into the global sum will be celebrated by those of us who chew our way through our monthly reviews with limited evidence of success. Fear was expressed that this money may be allocated  by population weighting and so there may be winners and losers financially. Chaand agreed this should be resisted by the GPC negotiators.

The direct reimbursement of the escalating CQC fees from NHSE will help soften the agony of the inspections and infernal policies. At least we are not having to pay for the privilege of having the dust on the doorframes examined!

Kent LMC's ‘You Have Been Referred’ leaflet received an honourable mention from Chaand as it has worked it’s way around the country via the LMCs and is now appearing on national agendas. This leaflet is part of our push back against secondary care dumping and Chaand highlighted changes to the national contract that empower us to pursue this agenda.

There has been some news around targets to increase e-referrals and use of electronic prescribing and it was reassuring to hear these remain non-contractual. Data extraction for retired QoF indicators will be compulsory but this is something that happens anyway.

Chaand spoke about Theresa May’s attempt to scapegoat GPs for rises in A and E attendances and how he and his colleagues managed to appear on all sorts of news outlets and current affairs programmes and how even areas of the press normally hostile to us are getting it. This was effectively a positive episode for GPs as it gave us the opportunity to seize the limelight.

The Capita debacle continues to rumble on but fortunately GPC has succeeded in ensuring some of the extra work in bagging and labelling notes will be recognised in the funding. Small recompense for the agony and inconvenience perhaps but a step in the right direction.

Chaand also ran through progress from the GP Forward View and how LMCs can hold NHSE and CCGs to account to ensure the monies are spent appropriately. The MCP contracts which were published just before Christmas have been watered down with the GPC influence to ensure that GPs can form an alliance with rather than effectively surrender to the MCP.  Chaand emphasised that there is no obligation to take up an MCP contract and that GP Federations will remain an important factor moving forwards.

General Practice is still in a dire situation and Chaand is the first to acknowledge that but hopefully the 60 or so Kent Colleagues who were able to escape from their practices to hear him speak and ask questions hopefully went home a little happier.